NEC BIRMINGHAM Antiques For Everyone 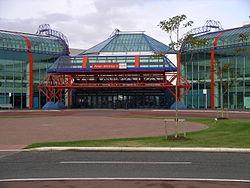 ~~How to get here

Antiques for Everyone is held at the NEC in Birmingham. Access to the NEC couldn't be easier. Situated at the heart of Britain's motorway network, with most major English conurbations a mere two hours drive away, it is also directly linked to Birmingham International Railway Station with journey times of 80 minutes to London Euston, ten minutes to Birmingham New Street and countless cross-country links.

Birmingham International Airport is just a few minutes away by shuttle bus and the entire area is well served by a variety of hotels, motels and guest houses. NEC staff will be happy to provide further details.

By Road: The NEC is situated where the A45 from Birmingham to Coventry crosses the M42. The M1, M6 and M40 are also within easy reach of the National Exhibition Centre, which is well signposted from all routes.

By GPS device: Postodes for the venues that can be used in GPS devices, such as in-car Satellite Navigation systems. The NEC   Postcode: B40 1NT

By Rail: Birmingham International Station is part of the Intercity network and is linked directly with the NEC. We advise you to check your travel arrangements with your local rail services before travelling.

By Plane: Birmingham International Airport is situated alongside the NEC, linked by a courtesy coach service.
Free Car Parking For Visitors